For questions about our methodology:

The Center for Cultural Studies & Analysis is a think tank that decodes how consumers determine value in products, concepts, and ideas.

© 2020 The Center for Cultural Studies & Analysis. All rights reserved. 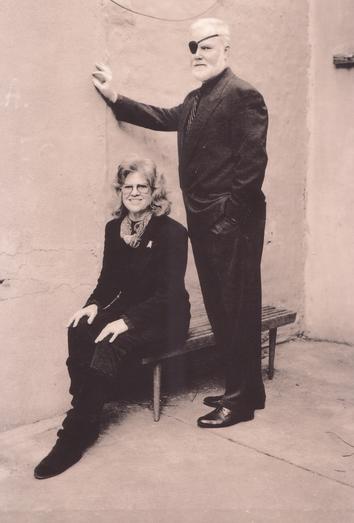 CS&A maintains a select list of researchers, data bases, and subject experts for input as needed in any subject area as well as problem definition and solution-finding, brain research, cultural documentation, and marketing intelligence and application.

For questions about our center:

Cultural Intelligence — A blog about why we feel, think, decide, and buy

Margaret J. King is a nationally recognized expert on culture and consumer behavior. She received the first graduate degree awarded in Popular Culture from the Center for the Study of Popular Culture and the Ph.D. in American Studies from the University of Hawaii. Research at the East-West Center Culture Learning Institute included international comparative literature and fieldwork in Tokyo and Kyoto. She is now Director of The Center for Cultural Studies & Analysis, a Philadelphia-based think tank that identifies how people find and recognize value.

She has served on the boards of the American Culture Association, The Association for the Preservation of Artifacts and Landscapes, the Geographical Society of Philadelphia, as Colleague in the Creative Problem-Solving Institute, and Life Chair of Fellows in American Studies. Her research areas range from theme parks (recognized national expert), museums, the popular arts, the nature of creativity, film, television, cross-cultural issues, and marketing, to consumer psychology, decision-making, and culture theory.

Dr. King is a frequently quoted expert in media and news features, including network television, The Learning Channel, and E-TV.

“At Harmonic we say, "the best predictor of future behavior is past behavior." This is illustrated in an observation by the brilliant cultural anthropologist Jamie O'Boyle. "...the human brain is essentially a pattern-seeking device. Among the leading patterns our brain searches out is human intention, based on repeated patterns of emotions, body language, context, and a myriad other variables."

Jamie O'Boyle is Senior Analyst at the Center for Cultural Studies & Analysis in Philadelphia.  He has done cross-cultural field studies and written on global culture from areas as wide-ranging as the Middle and Far East, East Africa, the former Soviet Union, England, and Northern Ireland.  Work with the World Game Institute focused on global issues.  He developed the complex systems models used to identify and track patterns of behavior and decision making within national and institutional cultures. These include age-stage development, community-building, perception intake and processing, wayfinding, gender, cultural values, hierarchy of needs, and the hidden systems identification.

His expertise on these unconscious drivers of choice includes work on human perception, culture, shared values, the brain, biology, and behavior. This research has been applied by clients as diverse as Walt Disney Imagineering, P&G, Thomas Jefferson University, DuPont, General Mills, P&G, FutuRum Sweden, 3M, The International Dairy Foods Association, Tierney & Partners Advertising, the Sales Focus Project, The Autry Museum of Western Heritage, The National Constitution Center, Pfizer, Six Flags, Sea World, and NASA.  His expertise in the dynamics of individual and group behavior is often cited in the media.